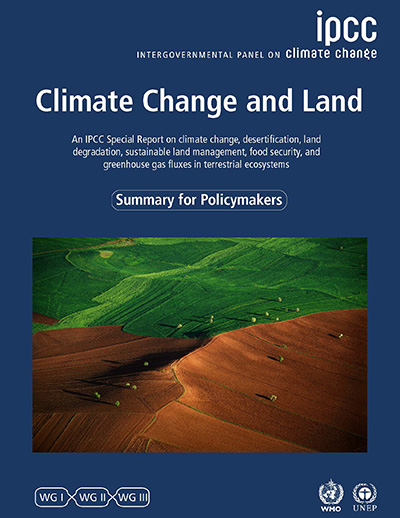 Humans must drastically alter food production to prevent the most catastrophic effects of global warming, according to a new report by the Intergovernmental Panel on Climate Change (IPCC) – Climate Change and Land

While fossil fuel burning for energy generation and transport garners the most attention, activities relating to land management, including agriculture and forestry, produce almost a quarter of heat-trapping gases. The report highlights the need to preserve and restore forests, which soak up carbon from the air, and peat lands, which release carbon if dug up.